Skip to content
PELOSI WILL PAY A TERRIBLE PRICE FOR IMPEACHMENT 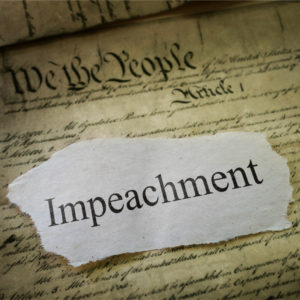 Speaker Pelosi, along with the disastrous duo of Schiff and Nadler, has made a fundamental error in the way they have handled the impeachment of President Trump. They believe that the American people will honor and respect what they have done, despite the way in which they went about it, but this is simply not true.
In their contumacy, this trio has given full reign to their hatred of President Trump and has legitimized it by voting two articles of impeachment that are not predicated on any criminal behavior. These shortsighted Democrats have done this to fulfill a campaign promise to their anti-American, Radical Left base of supporters.
In Pelosi’s malice, she has tried to cloak her hateful intentions with a disingenuous display of solemnity that is even less believable than her impeachment charges. If she was honest about what she was doing, it would be easier to accept than her B-movie act of sadness that hasn’t fooled anybody other than the gullible media. Telling us that she prays for President Trump is the epitome of hypocrisy and anybody with a brain knows it, so was wearing black to show mourning.
There will be consequences to what they have done though. Their tenure leading the House will end with a resounding defeat next November. Pelosi’s underlings will pay the price for supporting her folly. When this happens, and it will, maybe we may see some genuine emotions from this horrible woman and her two sycophants.
—Jack Watts
Posted in Articles, Government and tagged impeach, Pelosi, PELOSI WILL PAY A TERRIBLE PRICE FOR IMPEACHMENT