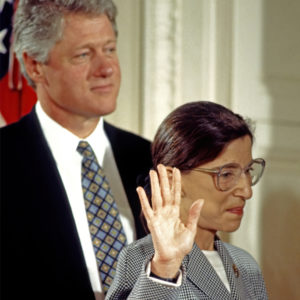 Suddenly, the Democrats are interested in tradition and decorum. Led by Barack Hussein Obama himself, who has cast tradition to the wind by injecting himself into the political fray, something former Presidents have refrained from doing, labeling it inappropriate, America’s first black President says President Trump should wait until the inauguration of the next President to appoint Ruth Bader Ginsburg’s successor.

RBG felt the same way. On her deathbed, she dictated this to her granddaughter, Clara Spera. “My most fervent wish is that I will not be replaced until a new president is installed.” In America, where sentimentalism often overrules wisdom, granting people their dying wish has always been something we have tried to accommodate. In this case, however, the Democrats are attempting to use Ginsberg’s inappropriate request to derail Trump from moving forward with a new nomination. They want sappiness to overrule Trump being responsible to those who elected him to put America’s needs above everything else.

Here’s the point. The Democrats, the media and the Radical Left will do anything they can to circumvent Trump from fulfilling his Constitutional duty to appoint a new justice before the November election. To Trump’s credit, he is ignoring the noise and their threats by moving forward. This is what a true leader does, and that’s exactly what Trump is, an alpha male leader.

Other Presidents have done the same thing sixteen times since 1900, so there is definitely historical precedent for Trump to make a new appointment swiftly. RBG’s dying wish was nothing more than a bitter old woman’s desire to control the future, even after her death. The seat she occupied is the peoples’ seat, not hers. She was just the most recent occupant. Obama’s inappropriate interference is just his latest attempt to interfere in Trump’s Presidency. This is something Obama started doing even before Trump was sworn into office.

Let the Democrats, the media, and the Radicals holler, chafe, and riot all they want. Meanwhile, Trump will appoint a female Constitutional Conservative to fill the vacancy left by Ginsburg’s death, and Senator McConnell will guide the appointee to Senatorial confirmation. As Obama was famous for saying, “Elections have consequences.” Trump’s ability to change the makeup of the Supreme Court is just one of them. Check this off as another win for Trump.