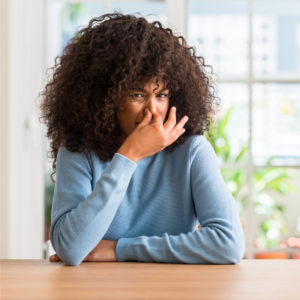 When I was a teenager there was a boy at school who had a crush on me. I did not reciprocate those feelings. He got a group of guys together one Saturday night and used over 100 rolls of toilet paper to “decorate” our house. But they also took limburger cheese and smeared it across our screened-in porch. A very stinky calling card indeed.

Limburger cheese has a bacterium in it that causes it to give off its notorious smell. The bacterium is the same one found on human skin and is partially responsible for foot odor. Even with soap and scrubbing the back porch smelled like a gym locker for weeks.

Recently I can’t help but notice that some social media posts smell like feet. What do I mean by that? They make me wriggle up my nose and say, “Huh? Where is that in the Bible?” If we aren’t careful, we can read things, digest them, allow them to become a part of our thinking, and they aren’t even Scriptural–like, at all.

Today I happened to look at someone’s new profile picture–a pastor in another country. As I allowed my eyes to scroll down the comments, I started to smell feet.

Someone had used the opportunity to comment on the photo and seek help for the dire situation they found themselves in. Due to covid their life as they had known it has completely turned topsy-turvy. It was the proverbial domino effect. They lost their job and the loss of money caused them to lose their home.

This man is a Christian and ended his comment by saying that the loss and tragedy he has suffered has caused him to have thoughts of suicide. He was asking for guidance.

The pastor told him that his conversion was not genuine. She went on to say that he needed to have a real born again experience because if he were truly converted to Christ he would never ever have a single thought of suicide. She told him she would send the rest of her message privately. That made me shudder. This man, as broken as he obviously is, needs grace. But I smelled feet.

Can a Christian be depressed? Anxious? Have suicidal thoughts? What does THE BIBLE say? Even the great prophet Elijah–just after his mighty victory against the prophets of Baal on Mt. Carmel–became depressed to the point of wanting to die. Why? Because of one ungodly woman’s intimidating words.

In 1 Kings 19:1-2 NIV we read, “Now Ahab told Jezebel everything Elijah had done and how he had killed all the prophets with the sword. So Jezebel sent a messenger to Elijah to say, “May the gods deal with me, be it ever so severely, if by this time tomorrow I do not make your life like that of one of them.”

What did the great prophet of God do at this news? Verse 3 tells us he was afraid and ran for his life. In verse 4 he asked God to take his life and said, “I’ve had enough.”

At that point an angel came and told him to eat and go to sleep. Why? Because when we are stressed, anxious, depressed, or worse–not eating and not sleeping magnifies everything many times over. Does that mean we are sinners? Have we lost our salvation? Did we even have a salvation experience to begin with?

It simply means life at that moment…or moments…has had its share of difficulty and we need to eat and sleep. And we definitely benefit from someone speaking God’s Word of truth, mercy and grace to us. What we don’t need is condemnation or harshness spoken with a holier than thou attitude.

When the prodigal son found himself at the end of his rope and came staggering up to his father’s house, what was the first thing dad did? Made food for his bedraggled son to eat. Then for the first time in a long time the son got a good night’s sleep in a nice warm bed.

I chose the above situation to write about because it is probably the worst I’ve seen recently, but there have been more–quite a few more. Please make sure what you take into your mind and spirit lines up with Scripture. Please make sure it doesn’t smell like limburger cheese or feet or any other stinky thing.

The smell of that cheese smeared onto our screens hung around for a while–so does bad theology. It tries to get in your head. Its goal is to make its way down to your heart. I don’t care how many titles a person puts in front of their name-don’t let that impress you. The name of Jesus is the name above every name and above all titles. And He came to give us life and life more abundantly–now that is a beautiful fragrance.