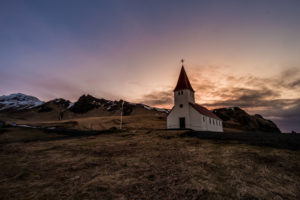 In many ways, religion is the most important of the Seven Mountains. A nation is shaped for better or worse through its religious worldview. All the other mountains are products of how well or poorly that worldview works in those institutions of culture. Even its lack of involvement has drastic ramifications in those institutions.

The common view in the American Church is that the other six mountains operate as secular institutions. We have lost sight of our history which illustrates a Christian theology behind each sphere of society. The Founding Fathers applied Christian theology to government. The Puritans applied it to education. We learned economics from the Dutch who applied biblical theology. It is interesting to note that we originally named our economic capital, New Amsterdam. Family, of course, followed biblical theology in law and practice. Moreover, the Church had great influence over what came out of Hollywood in the early days.

Notwithstanding, we practice another biblically applied theology enumerated in our Constitutional Amendments of the freedom of religion. It took centuries to develop, but freedom of religion derives from Christian theology. No other religion provides such freedom. One may object that secularism is a great tolerating worldview, but to quote reformer and author Vishal Mangalwadi, “secularism is a Christian heresy.” Secularism borrows heavily from the Christian worldview. It is a weak offshoot of Christian theology cut off from the tree. It is a dead branch blowing in the wind. It only tolerates that which does not object to its dominance.

Despite its weakness, we often fear its darkness instead of realizing the strength of the light bursting forth from the truth which we carry. We are the torch bearers of truth and yet we think the world a formidable opponent instead of a lost generation that needs Kingdom truth restored to all its decaying institutions.

The task is not too great. History is replete with testimonies of cities and nations turned around with true discipleship. The darkness is never more powerful than the light of truth. It does not matter if that darkness is Islam, Buddhism, Hinduism, paganism, etc. It does not matter how small the group of believers who wishes to disciple a nation as if they are in proper proximity to that which they wish to disciple. A whole nation can be transformed by the number of people who can fit in a small living room.

The Church’s role is not to be wrapped up in the business of all the other mountains. It is to equip the saints to do the work of the ministry in all the other mountains. There is a good place for separation of Church and State, but not for separation of God and State. Truth matters to the government just like every other mountain. The Church serves in a different capacity than the State, but it disciples people who work in government. We are not merging institutions; we are restoring truth to each institution in its proper role in society.