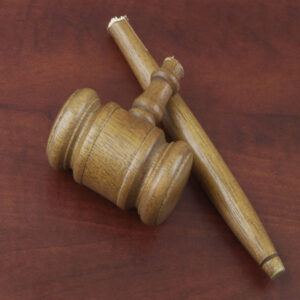 Have you ever pondered or asked yourself, is it my imagination or are things seemingly getting worse—meaning people’s conduct. One day, my wife and I were sitting at a traffic light, when suddenly, this car rushed past us so rapidly that the force of its wind shook our vehicle. Not long after this, three other vehicles passed us running yellow and red lights. We were thankful these drivers were going the same direction we were!  Sadly, this would change.

Several months later, while driving my bride to work, a young lady would run the red light and slam into our red Prius—totaling it. Our vehicle was hit so hard it was pushed out of its lane. The offending driver proceeded to exit her vehicle and began to walk around our car shouting profanities. Not long after this, the attending police officers took the girl aside and wrote her a citation. The reason for the ticket was for “failure to yield the right of way and for running a red light.” What’s the scriptural side of this story?

First John 3:4 tells us, “Everyone who sins breaks the law; in fact, sin is lawlessness.” Yet, what does it mean that sin is lawlessness? The word translated “lawlessness” comes from the Greek word which means “an utter disregard for God and His laws.” Since God created us, He has the right to define our boundaries for us.

Admittedly, “Lawlessness” means different things to different people. Lawlessness and obedience are two sides to the same coin. We are all endowed with the privilege of choosing which side of the coin we will use in the daily exchange of life. We can see this in a paraphrasing of Matthew 7:21-23, “They called Him Lord because they loved Him. But He says, why do you call me Lord when you don’t want to do the things that I tell you? If you are going to call me Lord, then you must come under a spirit of obedience. You see, its not what needs to be done. It’s what I tell you to do. But you call me Lord, Lord, and you take the things of the Spirit, and you use them to your own promotion, to do your own thing, to go your own way and “build something for Jesus’.”

Scripture makes a distinction between someone who sins, as we all do, and someone who “practices lawlessness.” A lawless person is one who has given himself, or herself, over completely to a sinful lifestyle. Lawless people are those without rule.

The Noah Webster 1828 Dictionary defines lawless as being one who is “unrestrained and uncivilized.” Interestingly, he uses the same words to describe a barbarian: unrestrained and uncivilized. If you lived back during the year A.D. 410, you would have heard many citizens stating, “The barbarians are coming!” Indeed, they did come. The capital city of Rome fell to the barbarians. Lawlessness was rampant in Rome and the empire. Self-rule had given way to lawlessness.  Are the barbarians knocking at our gates? No! Ours is not collapsing. Yet, lawlessness is at our gates! Today more than one observer argues that the barbarians are not only at the door yet over the drawbridge and in the city.

The spirit of lawlessness is rampant in our nation today. It’s the force behind the legislation that seeks to drive God from our society. And even while penning this article, I learned that just over a year ago, Star Spangled Banner writer Francis Scott Key statue was torn down in San Francisco by those practicing lawlessness.

Just before Jesus ascended to Heaven, He was not giving His followers an exit strategy yet on how to confront the enemy! Jesus stated, “Go ye into all the world!” The verse carries with it the idea of an army advancing and taking territory! Are you in an advancing position?

Beloved, you are the light of the world! The only restraining force on planet Earth with authority over the devil is the church—that’s you! Christian citizens, it’s time to arise and get mad meaning: Make A Difference! Current events are waking up a sleeping giant. I believe that a fresh move of God is about to break out in an unusual movement of interracial unity among God’s people. Its time to roll up our sleeves and get to work! Advance!