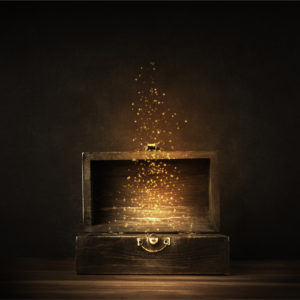 I’ve had many opportunities to witness people suffering, from poverty-stricken children in developing nations to saints of God dying in hospital rooms.  Each situation demands an answer to the question “why?”  Why do innocent children suffer?  Why do wonderful people who have spent their whole life serving God suffer?  Why do you and I suffer?  It’s not a question easily answered.

Join me as we find the purpose for our suffering and discover the Treasures In Dark Places.

Covered with bandages hiding his bloody scabs and scars, the man limped his way to Jesus.  He had almost given up all hope and wondered if he should end his life when he heard the healer was coming.  The leper had to push his way through a crowd that didn’t want him there.  From all sides, they were slapping, kicking, and pushing him away, fearful that should he get too close, they would catch his disease.  He wondered if he could get close enough to Jesus to speak to him, when suddenly he saw his chance, as the crowd parted just enough for him to hobble the last few feet.  He fell before the healer and said, “Lord if you will, I know you can heal me.”

Jesus responded, “I will.”  Immediately, the leper was healed.  From that moment on, the man could feel pain.

This is one of many stories in the Bible about lepers.  Leprosy is a bacterial disease that starts with numbness in the extremities, where eventually the victim loses all sense of feeling.  Ultimately, they are disfigured from injuries that go unnoticed because the leper doesn’t feel pain.  Today, this disease is completely curable and yet the leading cause of death for those who have leprosy is suicide.   Because lepers cannot feel pain, many are without hope and prefer death to a life without pain.

A very rare genetic disorder called Congenital Insensitivity to Pain or CIP also renders the sufferers without the ability to feel pain.  Like those who suffer from leprosy, they also have a very high suicide rate.  Steve Pete from Washington State USA is called The Man who Can’t Feel Pain.  He and his younger brother Chris were born with this disorder and the difficulties that they have suffered have been almost unbearable.  Steve has broken over 70 bones in his body.  Because his brother Chris could not feel pain, he unknowingly caused so much damage to his body that a doctor told him that by the time he was 30 he would most likely be in a wheelchair.  The idea of living like that and never feeling pain was too much for him.  He hung himself at 26 years old.  Another disorder called Alexithymia is when a person can not feel emotional pain.  This disorder also has a very high suicide rate with depression, confusion, feelings of emptiness, and panic attacks.

One common desire of those with these three afflictions have, is that of a long and healthy life.  While most people run from pain, these people long for the ability to feel pain.  They have no warning system that tells them they have broken a bone or burned their hands.  They don’t know when they have sprained their back or cut themselves.  Most of these people would gladly trade their life of no pain for the ability to feel, because a life without feeling is no life at all.

I have heard many people comment to me they cannot cope with life because they can’t handle the pain that they are in.  They look at pain as something that should be avoided at all costs.  Both physical and emotional pain have a purpose and a result that depends on our response.  Is pain good or bad, or is pain really the issue in life that we think it is?

Perhaps pain isn’t the enemy at all.  Perhaps it is only a means to an end. Perhaps pain and suffering is a road map that leads us to Treasures in Dark Places.

Matthew 8:1-3 When he came down from the mountain, great crowds followed him.  And behold, a leper came to him and knelt before him, saying, “Lord, if you will, you can make me clean.”  And Jesus stretched out his hand and touched him, saying, “I will; be clean.” And immediately his leprosy was cleansed. ESV