In 1979, when I began my Ph.D. program in political science at Emory University in Atlanta, President Jimmy Carter was in his third year of office. Being a native son of Georgia and a liberal Democrat, he was venerated at the university.

Like Carter, my professors believed that the power and prestige of the United States was in irreversible decline. The best we could hope for was to manage our deterioration as gracefully as the British had after World War II. Based on the worldview of Carter and of my professor, there was no legitimate reason for optimism about the future—not for America. This belief was not only maintained at Emory but also throughout nearly all universities in America. 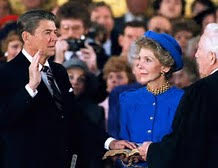 Then, out of the west a “cowboy Republican” challenged Carter’s leadership, economic policies, and pessimistic assumption about America’s future. Being a “radical rightwing Conservative,” when Ronald Reagan received the Republican Party’s nomination, the Liberals cheered. Remembering Barry Goldwater’s humiliating landslide defeat in 1964, they were convinced that no candidate with such “extremist views” could ever win a general election.

During the fall Presidential campaign in 1980, Reagan was mocked and ridiculed daily by my Progressive professors. Their attacks were relentless. They considered him to be ignorant, unqualified, and out of step with history.

Because I was the only Conservative in the Ph.D. program, by proxy, I received a great deal of verbal abuse for supporting Reagan. This was difficult for me at the time, but it has proven to be the best, most enduring aspect of my entire education. It forced me to hone by belief system into lifetime core values. By having to defend my political positions numerous times each day, the mush that was in my head was transformed into principled, determined resolve. I have become a much better person as a result of it, and a far better advocate for my beliefs, which are those of a patriotic Christian.

Since that time, my settled convictions have become stronger, making it much easier for me to defend why I eventually supported Donald Trump in the 2016 Presidential election. I knew he was going to win and repeatedly posted about why I was convinced he would. I saw a direct parallel between what happened in 1980 and what happened in 2016.

Like Reagan, Trump was predicted to lose the election, but both won. Those who were convinced otherwise, like me, were scorned, ridiculed, and mocked, but we were right both times.

Once Reagan assumed office, like Trump, he received better treatment abroad than he did at home, where he continued to be considered an ignorant buffoon. Like Trump and China’s Xi and the President of Japan, Reagan hit it off with the Soviet Union’s leader, Michael Gorbachev, and Britain’s Margaret Thatcher.

Internationally, because of Reagan’s rebuilding of the American military, our strategic decline stopped after 1980. Respect for America transformed quickly, when Regan sent Army Rangers into Granada to free American prisoners. His bold decisiveness was a complete repudiation of Carter’s fecklessness with the Iranian hostage crisis. As Americans saw it, Reagan was bold and aggressive, while Carter was weak and vacillating.

In 2017, by firing cruise missiles into Syria, when they were using chemical weapons against their own people, Trump’s strength was demonstrated throughout the world. It was a direct repudiation of Obama’s weakness and indecisiveness about the same issue several years earlier. With both Reagan and Trump, by their actions, our friends learned to trust us again, while our enemies grew to fear us.

With the collapse of the Soviet Union, Reagan’s legacy was established, and Carter’s incompetence became universally self-evident, even to my professors. The same will be true for Trump. In his first year, he has already reestablished America prestige in the Middle East, Europe, and the Far East, while simultaneously having to fight a rear-guard action against the Progressive media and obstructionist Democrats. 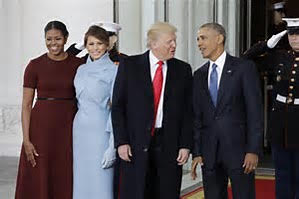 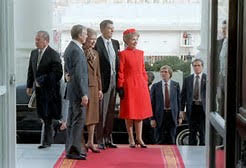 Like Reagan, Trump wants to cut taxes, knowing that growth is the only way to repay the mountain of debt incurred by two failed Presidencies—George W. Bush and Barack Hussain Obama. The mess Reagan inherited from Carter was just as bad as what Trump has inherited. Eventually, Reagan was proved to be correct—just like Trump will be. Reagan’s economic policies, which were based on supply side economics and tax cuts, were scorned as being ridiculous, but they worked, just as Trump’s deregulation and growth policies will work. They are already producing growth.

Throughout Reagan’s eight years, he continued to be maligned by the Left, exactly like Trump is being criticized by the Progressives in the twenty-first century. It wasn’t until Reagan left office that he received the credit he deserved. I suspect the same will be true of Trump.