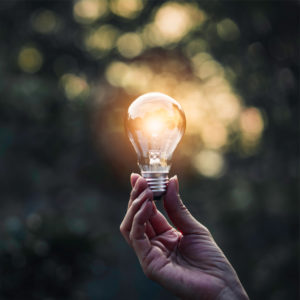 The situation with many leaders today is like the problem portrayed in the movie the wizard of oz. In the movie the “Wizard of Oz,” Oz was allegedly the great and all powerful wizard who had all the answers to everyone’s needs. He wasn’t any better off than the people he was supposed to help. He was gallant at best, but bankrupt of the true and complete cure for Dorothy’s, and for that matter, anybody else’s needs.

The disorder was that the needs of the people justified his very existence. If their need was ever truly met, the very reason for his existence would be challenged at best and eradicated at worst. For that reason, he added to the problem by giving people hope without a solution. What we used to say was “he just fudged it”. In the end though the house of cards, so to speak, came tumbling down. It was revealed through Toto’s efforts that he was as desperate as the ones he was trying to help or maybe He was actually trying to scare them into submission to secure himself?

Our leaders (Not all), like the wizard, are promising cures for problems people have while having the same ones as the people they are trying to help. They know that Christ loves His church and wants it to continue, but He wants it to more than exist but thrive. As well-meaning as they are, they are trying to prop up “the system” all the while they are ignorant of the true cure. It’s sort of like “the blind, leading the blind” isn’t it? As it was in my own life, it stems from ignorance and not necessarily stubbornness. Little did I know what God wanted to do would so drastically change my own life.  I was nobly dysfunctional.

I am somewhat troubled though that in many cases it is not ignorance, but like the big oil companies, in the case of fuel, there is no incentive to reduce the need for fuel. The needs at hand are the very reason for their existence. Their very existence is dependent on the perpetuation of the problem. What would happen if all the problems would be cured? The stakes for changing the system are just too costly to make a commitment to that change. Little do they know there are always some people like the people in Oz needing to be led out of their situation that will find their way out. There is always a “Toto” around to pull that curtain back. Beware!

God is fashioning change for us (Jeremiah 33:1). He loves us enough to not leave us to our own devices!! It will take the same faith as Abraham who had to leave everything, his entire way of life and his country. What we need is radical change and it’s coming whether we want it or not.

Many prophets talk about revival and the great harvest God wants to bring into our world. They have actually made it a business of telling us rather than brining us into what He wants. As true as that is, there is something God wants. Because of this great desire for the cure, let us not miss what has to happen first or it simply will not come. The consequences will be disastrous. My question has been and remains, if God should revive His people, what is He going to bring the people to? Another loosing cycle like we had after the last revival or is there something we have never really experienced yet? I believe the latter is the case. I, for one, am writing and working on the cure the real permanent fix and it is exciting.

When we look at the times and seasons of God, often we can tell what time we are in by examining the feasts that they celebrated Israel. There was a small feast before the last great Feast of Tabernacles that represented this great harvest. It was called “The Day of atonement”.

This smaller feast is often ignored, but will occur just as sure as the Feast of Tabernacles (the last great feast representing the harvest). Let’s not get the cart before the horse. Atonement, simply put means to bring our thoughts into harmony with God’s thoughts.  Notice, I said harmony, not obedience. That has to happen for the Feast of Tabernacles (the great harvest of souls coming) to become a reality.

Without Atonement, Tabernacles is not possible. Why, because God’s people must be in right alignment (Atonement) before God can use them for the harvest (Tabernacles). I’m saying the church as an institution cannot accomplish this, only individuals as they hear God’s voice.

Again, an example of where we are right now is like in the movie of Oz. It is important to understanding the individual problem we have, and then maybe we can address the complete solution to that problem. In Tin Man’s case, it was a heart, the Scarecrow’s case, a brain, the Lion’s case, courage; and in Dorothy’s case, a way back home. They all, like us, already had inside what they needed and longed for. Someone just had to help to stir their faith and refuse to become some wizard to them.

We need, like Dorothy, a way back to Kansas (the Garden of Eden and God’s voice). But the means of getting there is not a giant balloon ride. It is as near as our heart and far away as Kansas. Remember, Dorothy never left Kansas.

First we need to obey His voice. We have to find it and learn how to obey it. In order for that to happen we will have to deny the old operating system (outside in). This opens the door to a whole new operating system (inside out) that will change the way we do everything. We will have to slow down first to learn how to use it and the means of slowing down is costly. Many will not want to pay the price. In order to slow down first, we must deny all distractions one at a time or simply have them taken away.

Some excuses that we will have are the same ones we have used in the past. They will not be acceptable or workable for where we are going. We are heading back to Him!  What are some of them?

What is needed first is the same desperation we see in Dorothy and her friends in the movie “Oz” including the mighty wizard. I have no doubt many, even millions are going to make home to our own Kansas where we can hear him speak without words. It’s our destiny!