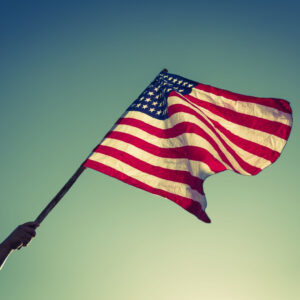 If you are paying attention, which most of you are, you can see how the narrative about being a “true American” has changed. What was once the norm has now become an aberration, something to be vilified and condemned. What we believe, hold dear and cherish—God, family and country—is no longer lauded as desirable in the USA. An alternative viewpoint has emerged. Those who are twisting the narrative to condemn us now view us as being dangerous, which is the exact opposite of what we are.

By putting America first, according to the perverted thinking of Progressives, we are now perceived as being un-American. Those of us who hold the America first position are now viewed as dangerous. To us, this seems ridiculous and nonsensical but, from the Marxist perspective of the Leftists who dominate the media, this is precisely what their position is.

From our perspective, they hate us for being who we are. Although this seems odd, bizarre and very unfamiliar, one thing is for sure. We’re not about to change.

If you think I’m exaggerating about what’s happening, think again. Former CIA Director Michael Hayden endorsed the assessment that we are the most “dangerous” political force ever to exist. According to Edward Luce of the Financial Times, our worldview, where we put God, family and country first, is more than dangerous. He said, “I’ve covered extremism and violent ideologies around the world over my career. Have never come across a political force more nihilistic, dangerous & contemptible than today’s Republicans. Nothing close.”

It’s not RINOS that he’s afraid of; it’s you and me. Since I take the lead on many issues, I’ll use myself as an example. What I believe isn’t new. It’s old and established. I haven’t changed my political or theological perspective since my Campus Crusade days when I was a teenager. I’ve never been considered dangerous before. Why now? Perhaps it’s because I’ve become more effective at standing my ground against vicious verbal assaults.

Rather than being nihilistic, my belief system, like most of yours, is founded on the hope of the Gospel. Like you, I’m not dangerous and never have been. That’s never even been a consideration. As far as being contemptible, I think it’s former-Director Hayden and Luce who are the ones being contemptible. They are projecting their bitter hatred onto us, but we don’t accept their charge.

What they want is for us to either capitulate to their worldview or retreat and cease to oppose them, but we’re not going to do either. Instead, we’re going to hold firm. We’ve had enough of their malice and deception to last a lifetime. We’re retaking the USA from them one election at a time. We will oppose them and their godless beliefs at every juncture. We will never submit to them, never. If this is what makes us contemptible, then so be it.