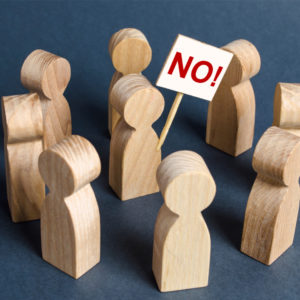 With the Supreme Court dismissing the Texas case 9-0, based on standing and not on merit, there are now repeated calls for President Trump to concede. I am not one of those calling for this. In fact, I have the exact opposite opinion.

How do you concede to Joe Biden, when he is responsible for massive voter fraud? How do you throw in the towel and admit defeat when you won an overwhelming victory, only to watch it be systematically stolen? How do you stop fighting for the American people, when there is so much evidence that China, who owns 75 percent of Dominion, orchestrated this entire voter fraud along with the CIA? How do you walk away and turn our nation over to people who have benefitted from funds China has given them to sellout their own country? How do you capitulate to tyranny and treason? How do you call wrong right? And how do you justify submitting to Evil?

The answer to these questions is President Trump must continue to resist. He cannot concede. Deep within his heart, he knows that to do so would be a violation of his oath of office. He swore to defend and protect the Constitution and the American people, and this is what we want him to do. By an overwhelmingly majority, we want him to lead us. That Trump colluded with the Russians in 2016 was proven to be false, but Biden’s complicity with China in determining the outcome of the 2020 Presidential Election is just beginning to surface. It’s massive. This is why Trump can’t quit and neither can we. No matter what, we can never submit to what the crooked Democrats have done to our country. We will not allow the USA to be stolen. Never . . . Never . . . Never! Instead, by the thousands and the millions, we will resist.