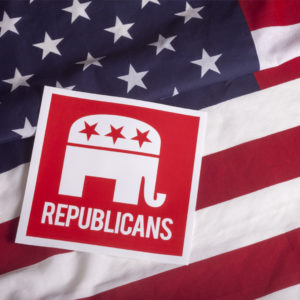 This week is destined to be a very special one in American political history. What is about to happen is there is going to be a major political realignment in both political parties. What this holds for Democrats I’m not completely certain, perhaps because I don’t really care. Nevertheless, when overwhelming evidence of massive voter fraud is presented to both houses of Congress for the entire world to see, many Democrat loyalists will take a gigantic step back from their allegiance to the Party, especially if linkage to Chinese Communist interference in the 2020 Presidential Election can be established. To fill the void of those who leave, people who have no love for the USA will take their place. This means the Democrats will move even further Left.

What happens within the Republican Party will be more interesting. Standing with President Trump to prevent the steal of the election has become an interparty political cleavage. The belief among rank and file voters is that their political leaders are either “for Trump” and therefore America, or their leaders are “against Trump,” meaning they are against making America great again.

Those who refuse to stand with Trump publicly believe they are making a wise, calculated decision, but nothing could be further from the truth. What they will be doing is committing political suicide. Among this group are Senators Tom Cotton, Mario Rubio and Tim Scott. None will ever again be a viable Presidential aspirant again. They will have a following about as large as Kamala Harris had—almost none.

The reason why is the shift toward patriotism in the Republican Party is almost complete. Placing American interests first, coupled with a strong military, personal responsibility and American Exceptionalism are on the assent. Demurring to the demands of the Democrats, the default position of RINOs, is definitely on the descent. The power of the Old Guard—leaders like Mitch McConnell, John Thune, John Cornyn and Lindsey Graham—is waning. These RINOs and others like them will never again be able to nominate a Presidential candidate like John McCain, Mitt Romney or any member of the Bush family. Those days are over. The RINOs just don’t know it yet.

The future belongs to young, strong, bright and successful patriots like Josh Hawley, Christie Noem and Ted Cruz. Their ideas, which are in alignment with America’s Judeo-Christian heritage, will be the direction the New Republican Party takes. To be sure, it will take a while for the RINOs to disappear completely, but they will. More importantly, their positions of power, based on their influence, are atrophying appreciable. Just watch; it will become evident this week.