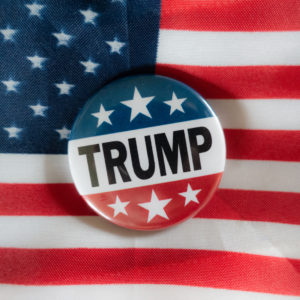 If you are a Christian and profess it in your heart and know the word of God, then you should know the very scripture Jesus said in the wilderness when Satan tempted Him. The devil said to Him, “If you are the Son of God, command this stone to become bread.” But Jesus answered him, saying, “It is written, “Man shall not live by bread alone but by every word of God.” Luke 4:3-4. This is a profound statement because we will not just eat meals all the time, but we are to live by the word of God. We will live it whether man believe in the word of God or not.

WHAT HIS WORD TELLS US TO DO

The government has allowed early voting and the race is on. President Donald J. Trump is running for second term against former Vice President Joe Biden. God works in mysterious ways and many people who believe in Him know this. I was able to attend President’s Trump rally in Greenville, NC. It was electric and immensely powerful to witness the President of the United States land on Pitt-Greenville airport on Air Force One. He would speak to the American people. I was there and he professed his love for Jesus Christ and was not ashamed to proclaim it. Of course, he would speak about points in his policies and accomplishments while in his Presidency. He would speak against the opposition to include the media. As I discerned my heart about these events the next day. According to Bible Hub.com, “For the foolishness of God is wiser than man’s wisdom, and the weakness of God is stronger than man’s strength. Brothers, consider the time of your calling: Not many of you were wise by human standards; not many were powerful; not many were of noble birth. But God chose the foolish things of the world to shame the wise; God chose the weak things of the world to shame the strong. 1st Corinthians 1:26-31. I want to remind everyone something incredibly significant that happened before President began his full fledge campaign in 2016. Please do not forget this and ask yourself this question. Why would various well known evangelical religious leaders be given impressions by the Lord to surround this man and pray over him? This began a turning point for our country.

The Lord places people in certain positions but if the conscious of our heart is opened then you would understand God chose President Donald J. Trump to be our president during this time in history. No one can really comprehend His divine plans. Many of today’s prophets received a word from the Lord that he would be elected to be the “wrecking ball” of the establishment. You would have to do a lot of searching to go back years to hear these prophetic messages. However, I believe them to be true. He came into office and people could not comprehend why a man of prominent business dealings in real estate became the President of the United States. I was there on the grassy knolls on the day of his inauguration and I heard him say, “America would be first again.” He would do all he could to make sure we put the interest of the American people first. I believe he stuck to his promises. No longer would people live in our country from foreign soil and attempt bombings and killings of American people. No longer would people lose jobs to China and companies leave to make profits from cheap labor and leave the American people to the fend for themselves. No longer would America’s military be slapped in the face, abducted by our worst enemy and shown on television to be weak and unimportant. No longer would politicians in the presidency of the United States be fearful of being in support of Israel. The Lord placed a man in this office to be bold and courageous against all voices of unbelief that he could be a man after God’s own heart.

According to Dr. Lance Wallnau author of the, “Chaos Candidate – Donald J. Trump and The America Unraveling”, he stated the Lord God sent a prophetic word to him that Donald J. Trump would be the biblical Cyrus of the Bible from Isaiah 45. He further stated, “Donald Trump is a “Cyrus” candidate— a wrecking ball to political correctness.” Many Christians stand in fear of speaking in the political arena. I got to thinking how important it is for us to stand for righteousness and against lawlessness in the land. I continue to pray since standing in front of the Washington D.C. Capital building the day President Trump took office and believe it is the people of God who are called to bring righteousness on the land. By simply doing one thing, “speaking out.”

Today, this day I stand to be voice for the voiceless. My heart is pumping as I write this. I have only written once about this event in my life and now it is time. The Lord has encouraged me to stand bold and courageous in this time. I must speak up and speak out and let the world know the regret in my heart. The Lord clearly states the things He hates in Proverbs 6:16-17 the New King James Version, “These six things the Lord hates, Yes, seven are an abomination to Him: A proud look, A lying tongue, Hands that shed innocent blood.” God hates the shedding of innocent blood. I can tell you abortion is the shedding of innocent blood. When I went into that abortion clinic my body was prepared to go on a cold operating table and while on anesthesia they dilated my cervix and pierced the amniotic fluid and used forceps and a suction machine to dismantle my baby throw it into a hazardous materials bag and bin to be discarded like trash. I encourage you to watch the recent movie, “Unplanned” the true story of Abby Johnson from her book, “Unplanned: The Dramatic True Story of a Former Planned Parenthood Leader’s Eye-Opening Journey across the Life Line by Johnson, Abby (2014). It is eye opening to the truth of the abortion industry.

At the time of my pregnancy, I was not in a personal relationship with the Lord. I would not accept the Lord into my life until I was thirty-one. I was twenty-four when I got the news, I was pregnant. I had played with fire with my body too many times. I was in a forbidden relationship. I came from a broken home and seemed to never have a sense of direction. I felt rejected and abandoned. I was always searching for love in all the wrong places. I hoped every relationship I had would fill the hole in my heart. These relationships never did. I had graduated college and was six months into my first position as a pre-trial researcher at a prestigious law firm in downtown Chicago. I had just ended working at my job because I enlisted in the military and my orders to leave for bootcamp was right around the corner. I was running away from home. I did not like the city life and I needed to get out. I wanted to travel and see the world. I had a rebellious and independent will. I was involved with this man and he continued his ties with his x-girlfriend. When I announced I was pregnant, I was encouraged to go take care of it. He would take me to the procedure. He did not care about me and the baby because his x-girlfriend was pregnant too. I was heartbroken. I knew it was wrong, but I went through with it anyway.  I kept this secret pain, regret and shame from my family for years and struggled to have children with my husband. In April 2008, my womb was miraculously healed and the blockages in my fallopian tubes allowed me to have my last two children fifteen months apart. I would not wish this pain, regret and sorrow on anyone. I made my selfish decision. A life was lost, and I will never get a chance to touch my baby once it left my womb. I lost the opportunity to raise my child. I could have learned about other choices. I could have given birth and give my baby up for adoption, but I chose not to. It is a decision I will forever have to live with. I bought the lie of abortion and believed it was the only decision I had at that moment in my life. The procedure was quick and painless it seemed until the pain and regret settled into my heart. I had lost my child forever. I would not receive peace in my heart until sixteen years later. I was able to attend a post-abortion bible study at our local Crisis Pregnancy Center and learn about the forgiving grace of God. A spiritual impression would come later, that the child I lost was a son. I would see him one day. They provided a beautiful memorial for us as we got to remember the life and memory of my child and lay his memory to rest. I have redemption now knowing, I no longer have to hold on to that guilt and shame. Jesus took this for me. I am grateful. Today, I have a second chance being a mother to three beautiful children. Jesus healed my blockage in my womb to bring forth the next generation of righteous children who love the Lord and serve them with all their hearts.

Yes, since the 1973 Supreme Court judicial ruling of Roe vs. Wade decision it allows for legal abortion to any woman. A woman has a right to choose what she desires to do for her body and since then there has been a curse on our land. Millions of babies have been murdered and mine was included in these horrific numbers. If I could sit down with any Christian voter, I would desire to tell them it is wrong to vote for a politician and party ticket that supports abortion. We must be a voice for the voiceless. President Trump is Pro-Life, and President Biden is Pro-Choice. According to the Washington Examiner article by Becky Adams dated August 28, 2020 stated, “And in 2017, Trump became the first president ever to participate publicly in the March for Life, an annual gathering of pro-life activists in the nation’s capital to mark the Roe vs. Wade decision.” Think about this for a moment he is the only President to ever participate publicly. I say read and listen to my story. God hates the shedding of innocent blood. The unborn babies in mother’s wombs. I heed you today to search the scriptures, pray and seek the Lord for how you should vote. Allow the Lord’s voice to permeate your soul to vote righteously. You must vote biblically to end the slaughter of innocent babies and trust the Lord knows what He is doing. Respond with a conviction in your heart by the Holy Spirit, Vote for Trump! Vote to end abortion and bring solutions to mothers who know deep in their heart’s life can be chosen, life can be lived regardless of the circumstances and life can continue. Our biblical ancestor Joseph said it best after the betrayal and reconciliation of his brothers in Egypt, “But as for you, you meant it for evil against me; but God meant it for good, in order to bring it about as it is this day, to save many people alive” Genesis 50:20 NKJV. Please I cry out to you now. If you have not voted already, I ask you to personally stand with me in unity to pray the scriptures and speak the truth in love. There are various reasons why we support each candidate but specifically on the issues of abortion we must, “Vote Biblically.”