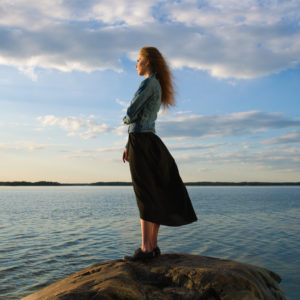 The night was eerily quiet. Even the toads who normally chirped all night had lost their voices. Runners had arrived telling of an army that was to come. Everyone was stunned and afraid. Swords were sharpened, and shields were made ready, and yet no army came. A quiet unnatural for so many people had fallen, and then came the whispers, questioning if the report had been true. The king had issued a decree that everyone should go to their own home. If the enemy was coming, they had done everything they knew to do; they might as well get a good night’s sleep. Children and most of the women slept, but the men stayed alert and concerned about the battle to come. Sleep eluded them. By morning they were surrounded.

That was weeks ago. There was famine in the land, food was scarce, and now they were surrounded by Syrians.  The people of the city were dying from hunger. Then the prophet came. Standing before the king, he said, “Tomorrow, everything changes. The days of famine are over.”

The next morning, a dog began to bark in the distance, and suddenly a flock of birds took to the sky. Alert, four men, who were huddled outside the gate of the city, stood and held their breath. Should they check out what was happening? Should they risk it and take the chance that they won’t be killed? Looking at each other, and realizing that no matter the outcome, it would be worth it, they were dying anyway. Silently they crept into the Syrian camp.

When they arrived, the area was empty. Every soldier had disappeared, and in their haste, they had left everything behind, tents, weapons, and food…lots of food…enough to feed an army. God had caused a sound like that of a great army coming to attack the Syrians. They thought they had heard the sounds of chariots and horses, but in reality, it was only a sound. There was no invading army, only the breath of God’s spirit blowing throughout the land.  The four lepers stood in awe at the sight before them and gorged themselves until they could eat no more. Looking around at all of the food, they started to feel guilty. The whole area had been suffering a famine.  There was food, lots of food. They couldn’t keep all that food to themselves.  By the end of the day, there was rejoicing in the streets of the city, as everyone ate until they were full.  The prophet Elisha had prophesied that food would be abundant in the starving city. Those standing with the king didn’t believe it, but Elisha was right.

I believe in good news.  The whole world could be falling apart and I will still believe in good news. Why?  Because Jesus is the good news.  He came to make everything right.  It doesn’t matter how many bad things are happening in the world, there will always be good news.  Tomorrow is a brand new day.  The situations you are facing today could all be changed when you wake up tomorrow morning.  The pain you are feeling could go away in an instant.  The disagreements and arguments could all be settled faster than you think.  Once again there will be singing and rejoicing, hope and courage, healing and miracles.

Like Elisha the prophet, when he stood before the king and proclaimed that there would be food in the streets of the starving city by morning, I choose to speak the good news.  COVID doesn’t dictate how I feel.  It doesn’t have authority over my life.  Jesus has the last say and I choose him.  Tomorrow will be a great day.  Changes are coming, that is true but I’m excited as I anticipate the future.  God has never failed me in the past and he won’t fail me in my future.    We are about to enter some of the greatest days of our lives.  The winds of change are blowing.

But Elisha said, “Hear the word of the LORD: thus says the LORD, Tomorrow about this time a seah of fine flour shall be sold for a shekel, and two seahs of barley for a shekel, at the gate of Samaria.” ESV