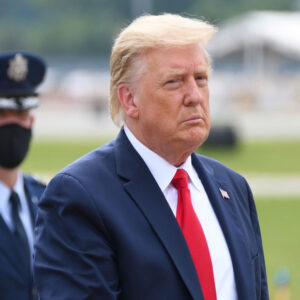 Most Conservatives are irritated by the endless investigations aimed at Donald Trump. I am not one of them. I am actually thrilled by this but not for the reason you might suspect. Let me explain my thinking.

Even with our nation collapsing because of poor leadership, the Democrats, Deep-State bureaucrats and the Progressive Left remain consumed by their desire to “get Trump,” but why would they be this single-focused, especially since they control nearly every part of government? It just doesn’t make sense.

If they defeated him legitimately, with Biden actually getting 81 million votes, Trump would cease to be important. At least, you would think this would be true. After being defeated in 2000, Al Gore ceased to be politically viable. Even Hillary, after being defeated in 2016, stopped being as important, but this hasn’t happened with Trump, has it? He continues to be targeted repeatedly, while the DOJ and FBI hide criminality in the Biden family.

The Left doesn’t pursue Trump simply because they are being mean, hateful and vengeful, although they are definitely all three. That’s not their agenda. They pursue him because, as long as Trump remains viable, he is a threat to their goal of subjugating the USA. He stands in the way of them making America part of the New World Order.

Make no mistake about it; this is why there have been relentless attempts to defame Trump. As long as he remains in the picture, the strength of America’s sovereignty has the ability to thwart the goals of Klaus Schwab, George Soros, Obama, Biden, Pelosi and all the rest of those who support the World Economic Forum (WEF).

Regardless of what you think about Trump, largely because of the Left’s assaults, he has become the symbol of patriotism and the “America First” agenda. Like no one else, he has the power to rally multiplied millions to defend America’s sovereignty. Because he is transformational, this is why he remains such a powerful threat to the Democrats and the WEF. It is our sovereignty they crave, and they will do anything necessary to subjugate us.

Because he stands in the way, they continue to harass Trump. As long as he remains viable, they cannot achieve their goal. Interestingly, in my opinion, they shot themselves in the foot by ending his Tweeting. It was the one thing that might have disillusioned a large number of those who support him, but they were too nearsighted to see this.

The purpose of this post is not to bolster support for Trump. Instead, it’s to help you expand your thinking. It’s to help you see exactly what is happening in the USA and the reasons why there have been relentless attacks on motherhood, education, the Second Amendment.

Every aspect of the American way of life is being assaulted—not just some things, everything. Nothing is as it once was, nor will it ever be again—not as long as the Democrats, RINOS and the Deep State have dominion over our lives and our freedoms. This is why we have to remain strong, vigilant and resolved each day, knowing that satanic forces of evil are prowling about like a lion, seeking to devour us.